Urgent Notice: Avocado Plantation Sold Out (This Is Your Last Chance To Get In)

Another plantation is selling out…

The avocado plantation in Panama that we’ve been reporting on and that is projected to earn investors an annualized return of 16.2% is very nearly closed out.

The developer is allowing our readers (and our readers only) one final chance to get in on this organic agricultural investment opportunity.

Any Live and Invest Overseas reader who completes a reservation form by June 30 can still be an avocado plantation owner.

When we launched this avocado offering in 2016, we expected the plantation to sell out within 12 months. That prediction is playing out.

Avocados have been more and more in the news over the last few years. Super Bowl ads where probably the highest-profile publicity for this increasingly sought-after fruit.

More recently Bloomberg has reported on the skyrocketing price of avocados. Demand in the United States and China continues to surge.

I joked when we launched this avocado investment that if we could get the Chinese to fall in love with guacamole, the returns from owning a hectare of this plantation could be big indeed. Now Bloomberg confirms it. 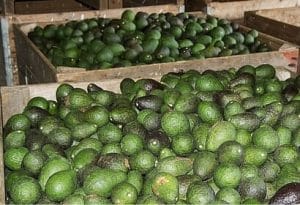 China’s taste for guacamole aside, the projected return from owning a hectare of this avocado plantation is solid. Again, you’re looking at 16.2% over 30 years.

Of course, you don’t see returns until the trees begin producing, which takes a few years. One interesting thing about avocados compared with other fruit trees, though, is that annual production increases for several years after the first harvest.

In fact, you do get some returns even before the first avocado harvest. Intercropping harvests begin in year three. The amounts of these payouts are modest, but they add to your overall yield.

U.S. Wholesalers Are Begging For This Product

Right now, most avocados in the United States come from California (about 84% of domestic production) and Mexico (about 73% of imports). That concentration has wholesale food buyers concerned. Production from those two areas can be unreliable and inconsistent for reasons from drought to labor challenges.

Produce wholesalers want options, which is why they’ve turned to this developer in Panama.

Panama is a stable country that is positioned, thanks to its Canal, to ship harvests to both the east and west coasts of the United States… as well as to Europe and China… wherever the produce brings a higher price. This is one key reason why the developer based his fruit production operation in Panama in the first place… and one reason wholesale buyers worldwide are interested in sourcing more produce from this country.

You have until June 30 to take advantage of this opportunity.

Again, your reservation must be received by June 30. After that date, the avocado plantation opportunity in Panama will be closed completely.

If you can act fast, you can still own a Hass avocado plantation in Panama, setting yourself up for...

First Aquaponics Distributions Made–Don’t Miss Your Chance To Get In On These Turnkey Profits May 31, 2017

In our ongoing search for agricultural opportunities, we identified an aquaponics project in Thailan...