About 10 months ago, I told you about an aquaponics opportunity in Thailand.

This, I explained, is a turnkey chance to earn 15% a year for 20 years… with the first payouts coming in just 12 months.

Before making that initial recommendation, I carried out due diligence over many months, including making a trip to Thailand to tour the grow site.

I was impressed enough with the operation and the guys behind it to put the investment on your radar. As I explained at the time, though, it was new. I believed the men behind the project would do what they were representing they intended to do, but, again, as I pointed out, I couldn’t reference past history to support that faith.

Today, just 10 months later, these guys have established an emerging track record that is evolving (ever for the better) in real time.

The group has three greenhouses up and running. The third greenhouse, just completed, is the first that Live and Invest Overseas (LIOS) readers were able to be part of. The earliest LIOS investors have had to wait a little longer than expected for their systems to be launched, but the wait will prove worth it.

Based on his experience with the first two greenhouses, the developer has bettered the growing technology and infrastructure for the third one. Better fish tanks and better climate control are two of the key improvements. 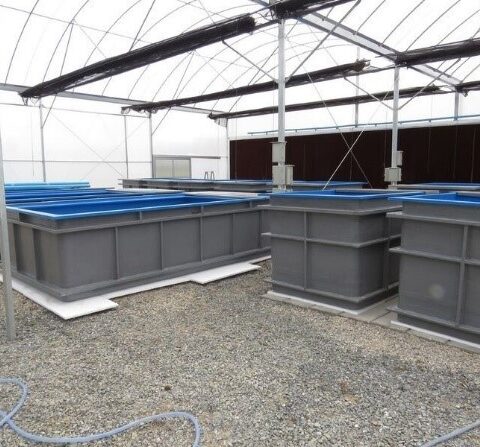 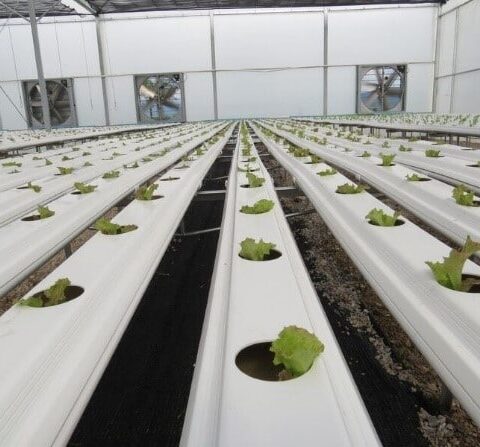 The next two greenhouses (numbers four and five) are under way. The crew arrives this week to erect greenhouse four and to start on the concrete footers for greenhouse five.

Greenhouses four and five are already sold out, and the next greenhouse is filling up fast.

While pushing ahead with the installation of new greenhouses and systems, the developer has also been working to put in place additional relationships with potential buyers for the harvests his greenhouses will produce.

Commitments for lettuce purchase exceed current production levels. One buyer’s standing order amounts to the full production amounts from four greenhouses. Other buyers have placed orders and more continue to visit the site and want to buy as soon as production is available. The farm management company is trying not to turn anyone away, but the waiting list is growing.

Owners of the systems in the third greenhouse will receive their first revenue checks late February 2018… and then every six months after that.

Cash flow investments are the key to structuring a steady retirement income. As I explained, these aquaponics systems begin providing a return in about 12 months and then continue to produce revenue, with payouts to owners quarterly, essentially indefinitely.

I say indefinitely; however, the developer’s projections are for 20 years.

The farm management company has launched the hydroponics part of the operation with basic lettuces. The first aquaculture crop is tilapia. Those aren’t the highest-margin options, but they are the safest from a sales perspective. The farm team knows they’ll have no trouble selling lettuce and tilapia.

However, they are already planning for next crops, testing other fish species and higher-margin lettuces in the first two greenhouses. And they began discussions last week with their aquaculture consultants about testing freshwater prawns. The ultimate production mixes will be all about maximizing revenues for system owners.

Some prospective system buyers have shown concern over the project being located in Thailand. Granted, Thailand is a long way away for anyone living in North America.

On the other hand, the Thai market alone is almost 70 million people. In addition, the country sits in the middle of the most densely populated region on the planet. The growing demand for quality food in this part of the world is precisely why the developer based his project in Thailand.

That bet is looking solid. The local market is already showing it will easily absorb the supply being generated. Still, in the interest of diversification, when the systems reach a certain level of production, the developer will look at exporting production, particularly to markets like Singapore where his harvests could sell for higher prices.

Recognizing that distance makes it not easy for most buyers to check in on their systems, the farm management company will be setting up CCTV in the greenhouses so you can watch your lettuce grow if you’d like.

One underlying risk that is harder to mitigate is to do with currency exchange rates. Revenues are being generated in Thai baht. The Thai currency has been fairly stable over the last three years, ranging between 32.5 and 36.5 to the U.S. dollar. The developer is reducing the downside currency risk for system buyers for the first three years of operations. He’s locking in an upper exchange rate of 36 baht to the U.S. dollar for that term.

If the baht weakens beyond 36 to the Greenback during the first three years of production, you’ll still be paid out at that rate. The Thai currency currently sits at 33 to the U.S. dollar. As I have predicted the U.S. dollar is slowly weakening across most currencies, meaning that guarantee is likely moot. Still, it’s a nice safety net.

If the U.S. dollar does continue weaker, then your projected yields would increase in U.S. dollar terms.

Either way, I see this project as an excellent opportunity to create cash flow from food production… and I see any investment in food production as among the smartest you can make today.

Despite the additional improvements in the greenhouse and other farm infrastructure since the launch of the project, the developer is currently maintaining the price of the systems at US$31,000. He also has not adjusted his initial projected IRR over 20 years of just about 15% (14.48% with the first full year of production yielding 12.45%), even though those figures appear conservative at this point.

Orders are coming in fast for systems in the next greenhouse.

P.S. One of our early investors in this aquaponics opportunity visited the site of the operation in Thailand recently. He was so delighted by what he saw that he made an additional investment on the spot. After he’d returned home, he followed up with the developer to say…

“Thank you for the personal tour of the Midas Aquaponics Farm and taking the time to answer all our questions… We were really impressed with the farm.

“The facilities and the operations far exceeded my expectations. From the educational school programs to the testing of various fish and vegetable options, I was sold on this as a viable investment opportunity. The automated systems for cooling the green houses, automatic correct levels of nutrients, PH levels, and EC were all quite impressive.

“I can see the growth opportunity here, and I’m glad we are a part of it.”

For more information on how you can invest before the current greenhouse is sold out, get in touch here now.

If you can act fast, you can still own a Hass avocado plantation in Panama, setting yourself up for...

First Aquaponics Distributions Made–Don’t Miss Your Chance To Get In On These Turnkey Profits May 31, 2017

In our ongoing search for agricultural opportunities, we identified an aquaponics project in Thailan...